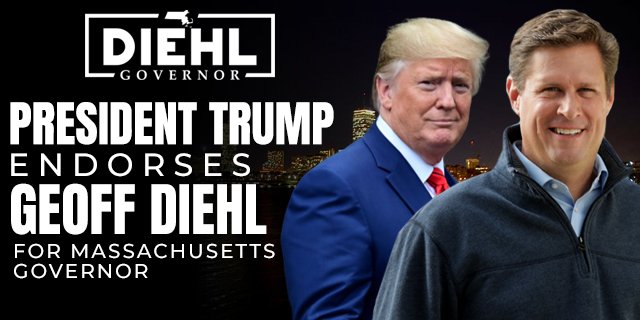 Diehl given “complete and total endorsement” over incumbent Baker.

(Whitman, MA) Former President Donald J. Trump spoke with former State Representative Geoff Diehl on the phone, offering his full support for Diehl’s campaign to serve as the next Governor of Massachusetts.

“Republican gubernatorial candidate Geoff Diehl of Massachusetts looks very much forward to his run against “RINO” Governor Charlie Baker, who has done nothing for the Republican Party and has driven Massachusetts energy costs into, by far, the highest in the Nation—monthly electric bills, and all else, are not even close to being where they should be. Baker is bad on crime, disrespects our police, does nothing for our Veterans, has totally botched the Vaccination rollout, presided over the collapse of the MBTA, and has seen crime go to record levels. His “green climate” views are fresh out of the AOC playbook. He has totally abandoned the principles of the Republican Party, never cutting taxes and undermining our agenda. Baker is definitely not an American First or Make America Great Again kind of guy. Geoff Diehl, on the other hand, is a true patriot, a believer in low energy costs and our independent energy policy (which was just obliterated by the Biden Administration with energy costs soaring!). Geoff is strong on Crime, Election Integrity, our now under siege Southern Border, loves our Military, and has a big focus on taking care of our Vets. Geoff Diehl will be an outstanding Governor for the state of Massachusetts, and it is my honor to give him my 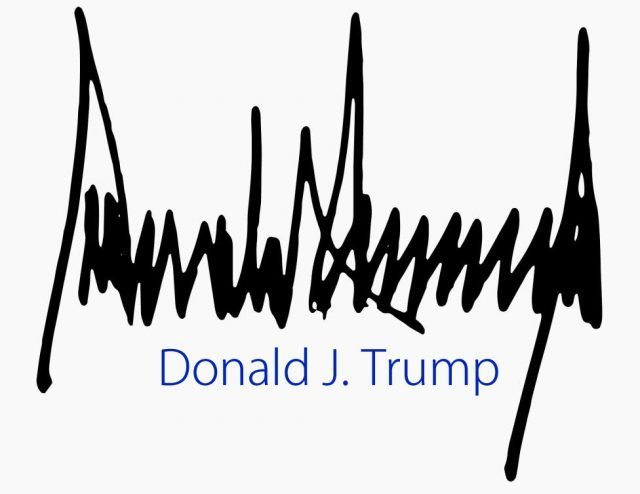 “I was inspired by the President’s ‘America First’ agenda, which he ran on in 2016, and he backed it up by delivering on his promises during his time in the White House. President Trump brought us record low unemployment, energy independence, a withdrawal of our military from endless war zones, plus a renewed focus on our country’s strengths and the hard-working people who make it the greatest nation in the world.

Massachusetts has its own unique resources and challenges and I plan to follow his lead, dedicating my time as Governor to building on what matters to the people who make up this diverse and productive Commonwealth,” stated Diehl. “Like President Trump, I want to ensure a strong economy fed by the success of small businesses. I want families to feel safe in their communities, knowing that law enforcement is being supported with the tools and training they need. And, like the President, I want people to feel like government isn’t working against them and that they can enjoy the individual freedoms our state and country were founded upon.”

About the Candidate: Geoff Diehl is a former Republican State Representative from Whitman, MA. He was the Republican nominee for US Senate in 2018. In 2014, Diehl led the successful ballot question repeal of the indexed gas tax. He is the Director of Business Development for TRQ Auto Parts, is an Eagle Scout and is married to KathyJo Boss. They have two daughters, Kaylee and Emily, and a dog named Lucy.

previous
25 Years Together!
next
Diehl Calls for Reinstatement of Nurses
Make A Donation