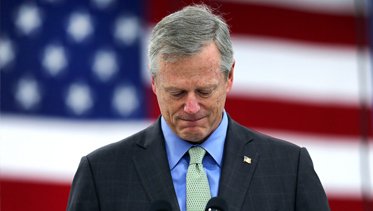 As we wrap up October, let’s take a look at Charlie Baker and Karyn Polito’s no good, very bad, week.

First, they went after our law enforcement officers, removing them from their jobs because they refused to submit to the vaccine mandate: Stabbed In The Back – YouTube

These were the same people who worked through the pandemic when a vaccine wasn’t available, and Charlie and Karyn called them heroes. Now, these same people have gone from hero to zero in the Baker administration.

Second, they went after the kids, extending the mask mandate in schools until January, in an attempt to force parents to get their children vaccinated by dangling the carrot of removing masks if they do. This decision was announced without taking questions, or getting any input from parents. Mask Mandate In Massachusetts Schools Extended Into Jan. 2022 – CBS Boston (cbslocal.com).

As if that wasn’t enough for one week, then they targeted dogs, taking K-9s away from the families who cared for them for many years: Massachusetts trooper has K9 taken away over governor’s vaccine mandate (bostonherald.com).

Finally, Charlie and Karyn found out that recent polling in the Governor’s race shows that, among likely Republican primary voters, Diehl would defeat Governor Baker 57-25 in a match-up.