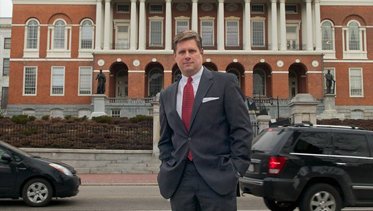 Geoff Diehl, Republican candidate for Governor, issued the following statement today regarding the end of legislative formal sessions for 2021:

“I am concerned that the Legislature’s failure to complete work on several substantial bills before the end of formal sessions last night, including how to allocate almost $4 billion of money for pandemic-related concerns, will lead to these proposals being passed during informal sessions where there is no debate and no recorded votes.

“This is no way to make important decisions under normal circumstances, but it’s even worse that it’s coming at a time when the State House literally has been closed to the public for more than 600 days. I believe the people of Massachusetts deserve better and demand greater accountability from members of the Legislature. Taxpayers need important spending decisions to be made in the light of day, and voters deserve to know how their legislators are voting on important business.

“Therefore, I call upon members of the House and Senate to suspend their internal Joint Rule 12A and extend the time for formal legislative sessions for another month, through the third Wednesday in December. That way, legislators will have additional time to make sure any decisions they make on spending are fiscally responsible and above board. There must be checks and balances in-place, along with transparency and public accountability, to control passage of measures and spending that either need more deliberation or shouldn’t be passed at all.”

Diehl, a Republican and former State Representative from Whitman, has made government accountability and fiscal responsibility a cornerstone of his campaign for Governor, and has repeatedly called for measures to ensure greater election integrity in Massachusetts.