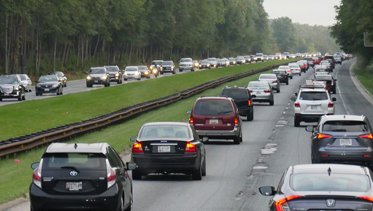 BOSTON, Mass. – Geoff Diehl, Republican candidate for Governor of Massachusetts, issued a statement today calling for state lawmakers to use a pending supplemental spending bill as a vehicle to suspend the state’s gas tax and motor vehicle excise tax through at least the end of June:

“Today, I’m calling on members of the Massachusetts Legislature to support Massachusetts residents coping with price shocks at the gas pumps by using a supplemental spending bill as a vehicle to immediately suspend collection of our state gas tax. We should also suspend the motor vehicle excise tax.

“The Committee on Ways and Means in the Massachusetts House of Representatives released a bill (H. 4532) today calling for $1.6 billion of supplemental spending. The proposed spending includes $433 million for expanded COVID testing, and $125 million for the ‘vaccination workforce,’ among other proposals. Even after federal reimbursement, the projected cost to the state for this spending eclipses $800 million.

“Lawmakers are able to propose this spending because of surplus tax revenues now on-hand. But, are these the right spending priorities for the present day? What Massachusetts residents need most right now is protection from the shock of rapidly-rising costs, and in particular gas prices. Our state could immediately act to blunt the effects of these rising costs by suspending collection of the $0.24 per gallon state gas tax.

“Therefore, I encourage members of the Legislature to reallocate a portion of available revenue to suspend the state gas tax for the remainder of this fiscal year (through June 30). The best use for surplus tax revenues is to restore it into the pockets of taxpayers who were overcharged in the first place, and this is one way to do it.

“We should also suspend the motor vehicle excise tax, while making appropriate backfill provisions to make sure cities and towns are held harmless from any loss of revenue. High excise taxes discourage people from purchasing more energy-efficient vehicles, which could actually take pressure off demand for fuels in the present day.

“I hope lawmakers will additionally consider further extending a gas tax suspension if needed, along with making other tax cuts and supporting enhanced Local Aid payments for cities and towns, into next fiscal year as part of their FY2023 budget debate next month. We need to make Massachusetts a more affordable place to live.”

Diehl has consistently fought for the rights of Massachusetts taxpayers. In 2014, he led a successful ballot campaign to reject legislative proposals for automatic increases in the state gas tax, which were set to be indexed to the rate of inflation.