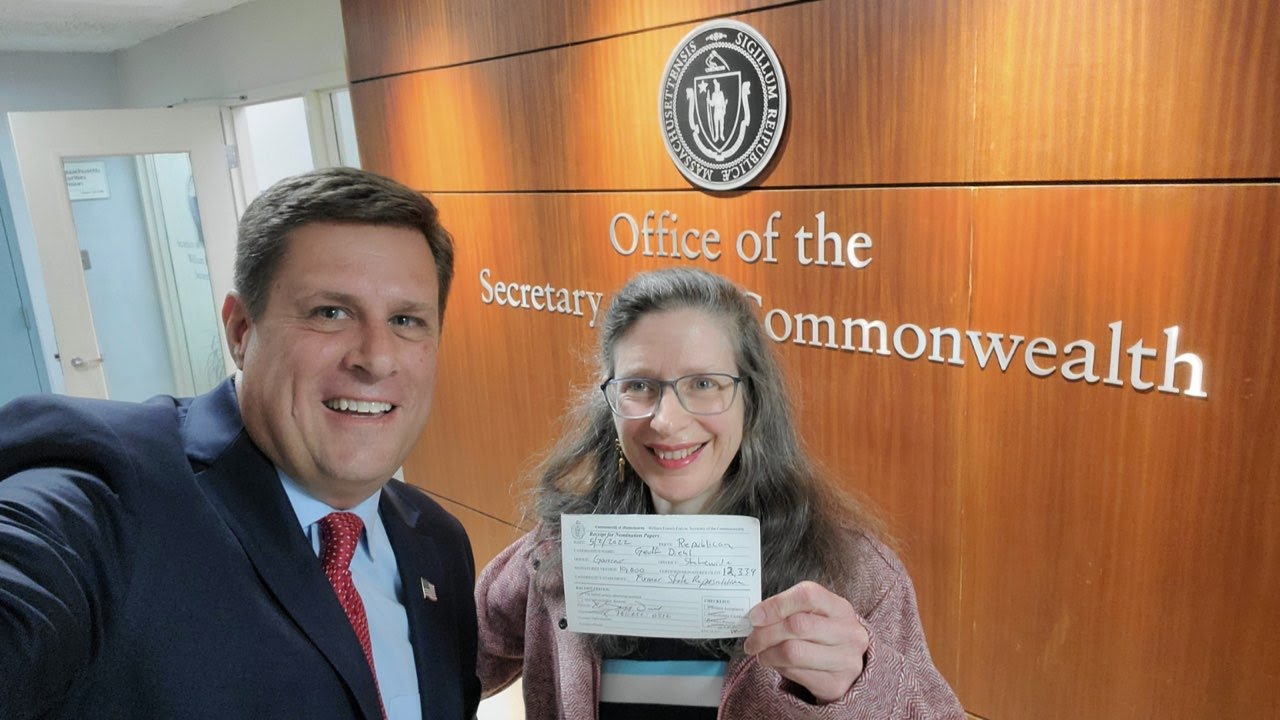 Geoff Diehl, Republican candidate for Governor of Massachusetts, announced today that his campaign has submitted more than the required number of certified signatures from voters to qualify for the September primary ballot.

Diehl said he is the first statewide candidate from either party to submit enough signatures to the Secretary of State.

Candidates for Governor are required to collect at least 10,000 certified signatures from voters. In all, Diehl campaign volunteers are responsible for having collected nearly twice that amount, or more than 19,000 signatures statewide. Of those signatures, more than 15,000 have already been certified by local city and town clerks, and 12,339 of them were submitted to the Secretary of State today. According to Diehl’s campaign, these numbers are expected to keep increasing over the course of coming weeks as clerks complete their certification process and more signatures are submitted. Alongside the signatures submitted, Diehl also filed other paperwork required by law for him to appear on the ballot.

“I am exceptionally proud of this effort,” said Diehl. “Our campaign was the first to announce last year, we are the first to submit signatures, and we are looking forward to a first-place finish in this race. This was an all-volunteer effort, and I am deeply grateful to the many supporters who have worked so hard statewide in order to collect these signatures. I especially appreciate the efforts of Desiree Awiszio, my campaign Treasurer, who further advised our campaign and supervised the signature collection effort.”

Diehl says his campaign has strong momentum heading into the Massachusetts Republican State Convention on May 21. “We are gaining more followers each and every day as we reach out to voters across the state,” Diehl said. “Our campaign is strong because we have a winning ticket and a winning message. We also have exceptional strength at the grassroots level, as evidenced by our signature gathering. Leah Allen and I are in this race to win it, and we’re intent on making a better Massachusetts every day.”

(Photo: Geoff Diehl, Republican candidate for Governor of Massachusetts, appears alongside campaign Treasurer Desiree Awiszio in Boston today, as the campaign announced the submission of more than the required number of signatures for Diehl to qualify for the Republican primary ballot in September.)

previous
B2B Episode 9: Plymouth County
next
STATEMENT ON US SUPREME COURT AND ABORTION
Make A Donation