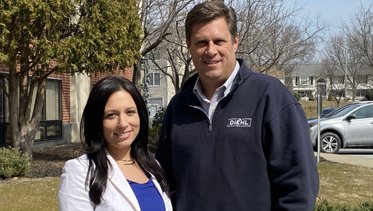 “We do not form core policy decisions based on leaked first drafts of Supreme Court opinions. Rather, we form them based on deeply-held personal beliefs and a commitment to Constitutional rule of law.

Thus, today, we join together as we have throughout our campaigns in our respect for the dignity of human life and our belief that decisions on non-federal issues are best left to the states. As the Framers of our government recognized, state government is where the appropriate balance on important issues can be most appropriately determined.

We both believe in and reaffirm the need to protect human life wherever and whenever possible. We also reaffirm our concurrence with Governor Baker’s veto of the so-called “Roe Act” last year (a state law which expands access to late-term abortions), recognizing that extreme bill as a radical move too far by state legislators here in our state. We have both been consistent in these positions throughout our campaigns and our time in public office, and we remain solid in our beliefs now.

To the extent there is credibility to current reports sourced to the Supreme Court, we will await the Court’s formal decision later this Spring and assess it at that time.”