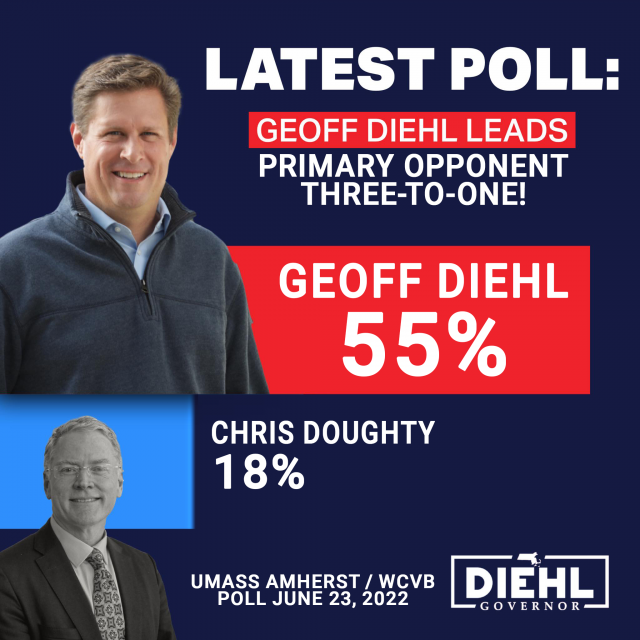 Amanda Orlando, Campaign Manager for the Diehl for Governor Campaign, issued the following statement today on the release of polling data showing Geoff Diehl leading his primary opponent, Chris Doughty, 55 percent to 18 percent in the race for Governor:

Republican voters are choosing Geoff 3-to-1 as their preferred candidate to beat Democrat challenger Maura Healey in the November general election. They know Geoff Diehl is the only candidate who can protect the taxpayers and make Massachusetts a better place to live and work.

Given events today on the Democrat side of the race, this is clearly now a two-person race for Governor.”

Geoff Diehl became the Republican party’s endorsed candidate for Governor by a vote of the Massachusetts Republican Convention held on May 21.

previous
B2B Episode 12: Nantucket
next
Geoff Diehl Calls on Maura Healey to Do Her Job
Make A Donation