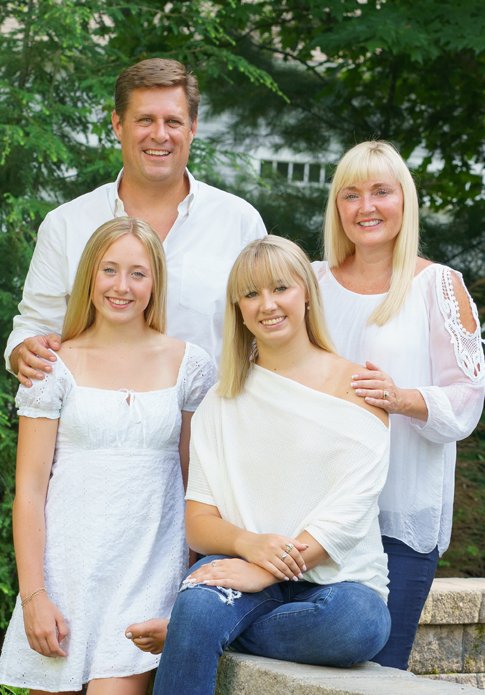 My name is Geoff Diehl, and I’m running for Governor of Massachusetts.

On the following pages of this Website, you can find a lot of information about my vision for Massachusetts and how I want to bring our state forward. But, on this page, please let me tell you a bit about myself and how I got to this point.

My journey actually started not in this commonwealth, but in another one; I’m a native of Pennsylvania. Throughout my childhood and adolescent years, I learned the value of hard work, the importance of getting an education, and the virtue of treating people honestly. It’s all part of who I am and what I believe in. At 16, those values led me to earn the rank of Eagle Scout – the highest achievement in Boy Scouts of America. It’s an achievement I’m proud of to this day and one I’ve been proud to share with other Scouts when I attended their Court of Honor as a State Representative.

I went on to graduate from Lehigh University, after which I decided to move to the big city, New York, to pursue a career in advertising and television. In that role, I learned a lot about not just that industry, but also the businesses we supported as part of our job. I found it fascinating to know what made them successful and what they believed they needed to take their business to the next level.

But, more importantly, New York is where I met my wife. One day, on a blind date, I met KathyJo Boss. We fell in love, our romance blossomed, and one year later, we were married. I’m proud to still call KathyJo the love of my life to this day.

In 2001, we decided to move back to KathyJo’s hometown of Whitman to raise a family. I started a new job as an Account Executive at SignDesign in Brockton and then at Poyant Signs in New Bedford. Once again, I appreciated the opportunity to work with other businesses to make them more successful. In the meantime, I devoted time after work to a cause near and dear to my own heart as I helped KathyJo open Boss Academy of Performing Arts in the neighboring town of Hanson.

Aside from my professional work, I found a calling to become active in our community. Eventually, I became a member of the Whitman Finance Committee. In 2007, I stepped forward as a private citizen to oversee the restoration of the historic Toll House sign in Whitman. Part of this work included obtaining underwriting for the project by the Nestle Corporation. I learned the value of public-private partnerships to get important work done on the local level.

In 2010, I decided to run as a Republican for State Representative. I worked hard, and I won. On January 5, 2011, I was honored to be sworn in as a member of the 187th General Court of Massachusetts, serving the people of the 7th Plymouth District (Abington, East Bridgewater and Whitman).

As a State Representative, I led the fight for more transparency and accountability at the State House. I worked to increase jobs and send more local aid to cities and towns. I was also a champion of Massachusetts taxpayers and took bold action to protect them from tax hikes.

My service as a State Representative was recognized by several groups. In 2011, I was recognized as an “Emerging Leader” by the State Legislative Leadership Foundation (SLLF). In 2012, I was elected to serve as an Alternate Delegate to the Republican National Convention, representing the 8th Congressional District. I was named as 2016 Legislator of the Year for the Massachusetts Ambulance Association, and in the same year I was elected as a full Delegate to the Republican National Convention.

My efforts to protect taxpayers took on new meaning in 2014. The Legislature had voted to link the Massachusetts gas tax to inflation so that the gas tax would increase automatically every future year. I was appalled. I decided to step forward to lead a grassroots effort for a ballot question campaign to repeal the tax hike. Our group collected 146,000 signatures in favor of the ballot question, and despite special interest groups outspending our team 31 to 1, we won. As a result, we have saved Massachusetts taxpayers from over $2 billion of gas tax increases since then. We were so successful that I was recognized by the American Association of Political Consultants (AAPC) for Campaign Excellence for having the best ballot campaign of the year in 2015.

I appreciated the power of what we, as citizens, were able to accomplish as part of the gas tax repeal campaign. In 2018, I decided to take that spirit and my advocacy on behalf of the people of Massachusetts to the federal stage. I announced a campaign for U.S. Senate, seeking to run against incumbent Senator Elizabeth Warren. I earned the endorsement of the Massachusetts Republicans at their state convention that year and went on to win our party’s primary in September. Even though I was not successful in November, the experience I gained viewing the issues facing our Commonwealth from the national level has remained with me, and I believe it will prove invaluable to my future work as a statewide leader for the people of Massachusetts.

After my Senate campaign, I returned to the private sector, joining TRQ Auto Parts, a division of 1A Auto out of Pepperell MA, as the Director of Business Development. I’ve enjoyed that work, where once again I’ve worked hard to help our company successfully create partnerships with some of the top online retailers in the industry. In the process, I’ve contributed personally to the growth of our company and the creation of additional jobs here in our state.

To this day, KathyJo and I remain involved with many local organizations. I’m a member of the Abington Lions Club, and I’ve served in the past on the East Bridgewater Business Association, the South Shore Chamber of Commerce and the BSA Old Colony Council. KathyJo is Director of Whitman Youth Cheerleading, she has been a member of the Whitman Cultural Council and she supports Hanson’s Little League and D.A.R.E. program. We also both serve as elected members of the State Committee for the Massachusetts Republican Party, where KathyJo serves as State Committee Secretary.

I’m running for Governor because I believe in our state and the importance of making Massachusetts a better place to live, work, and raise a family. I invite you to explore the other pages of this site to learn more about my vision for our state and my plan for real accomplishment. And, if you support what I believe in, I would welcome you to become part of our campaign.